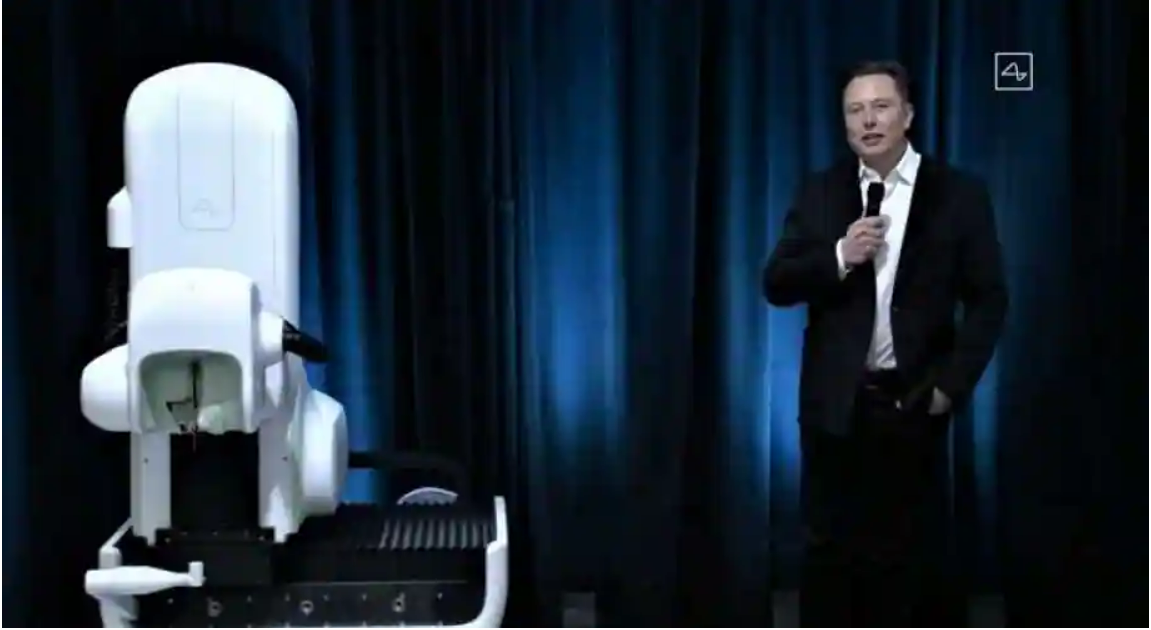 Billionaire Elon Musk’s company Neuralink is conceiving implants to be able to communicate with machines by thought.

The neurotechnology firm aims to develop implants that can treat neural disorders and that may one day be powerful enough to put humanity on a more even footing with possible future superintelligent computers.

Musk described Neuralink’s chip, which is roughly 23 millimeters (0.9 inch) in diameter, as “a Fitbit in your skull with tiny wires.”

Neuralink wants to first use the device with people who have severe spinal cord injury to help them talk, type and move using their brain waves.

The brain-chip startup had released footage on Friday appearing to show a monkey playing a simple videogame after getting implants of the new technology.

Neuralink works by recording and decoding electrical signals from the brain using more than 2,000 electrodes implanted in regions of the monkey’s motor cortex that coordinate hand and arm movements, the video’s voiceover said.

Musk has a history of bringing together diverse experts to develop technology previously limited to academic labs through companies such as Tesla Inc, SpaceX and Boring Co.

Hooking a brain up directly to electronics is not new. Doctors implant electrodes in brains to deliver stimulation for treating such conditions as Parkinson’s disease, epilepsy and chronic pain. In experiments, implanted sensors have let paralyzed people use brain signals to operate computers and move robotic arms

But Musk’s proposal goes beyond this. Neuralink wants to build on those existing medical treatments as well as one day work on surgeries that could improve cognitive functioning.

Neuralink is not the only company working on artificial intelligence for the brain.

Entrepreneur Bryan Johnson, who sold his previous payments startup Braintree to PayPal for $800 million, started Kernel, a company working on “advanced neural interfaces” to treat disease and extend cognition, in 2016